Here in Vegas, we go big or we go home. That’s why our stages are home to some of the greatest Las Vegas DJs and electronic dance music artists out there. This summer, we’re welcoming some of the world’s most famous DJs to perform at Exodus Festival including the talents of The Chainsmokers, Martin Garrix, Kygo, Tiësto and many more!

Choose from one of our four summer weekends in order to get free and express entrance into some of the city’s best pool parties and nightclubs including—all showcasing the skills of favorite Las Vegas DJs. The best part? You get all of this for one low price!

4 Summer WEEKENDS TO CHOOSE FROM

If you’re looking for the best way to experience everything Sin City has to offer including top Vegas DJ talent, Exodus Festival is the place to be. We offer a cost-effective, hassle-free way to visit Las Vegas while still providing you with the chance to be treated like Vegas royalty. With our exclusive All Access Pass, you can get into some of Vegas’s premier dayclubs and nightclubs, including Wet Republic, Encore Beach Club, Hakkasan Nightclub, OMNIA Nightclub, and XS Nightclub.

Now in our 11th season, we’ve topped every other year with our 2020 festival Lineup. At Exodus Festival, you’ll get to experience performances that feature some of the industry’s most legendary artists in music right now. Our summer weekends are sure to be an experience that you’ll never forget.

A FEW OF OUR SUMMER 2020 RESIDENTS 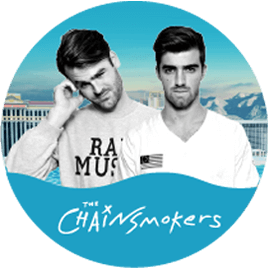 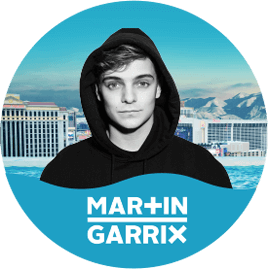 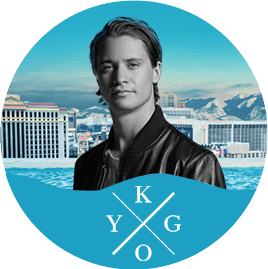 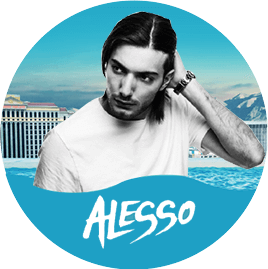 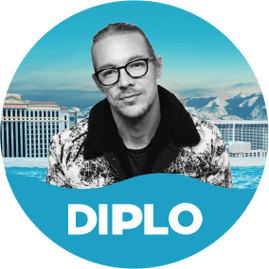 The Chainsmokers have taken the music world by storm, achieving breakthrough success with their 2014 hit song “#Selfie”.

The EDM-pop duo has collaborated with a wide variety of indie and world-famous artists alike such as Halsey, Xylø, 5 Seconds of Summer, Coldplay, and Lennon Stella, among others. Their work blurs the line between pop, dance, indie, and hip-hop—a combination that will surely appeal to anyone in the audience.

At only 23 years old, Las Vegas DJ, Martin Garrix, has been ranked the number one DJ for the last three years by DJ Mag. Talk about talent!

Dutch-born, Martin Garrix brings his own flair to his style of house music, which is played everywhere. If you haven’t heard one of his songs you definitely want to change that. In the past, he has worked with artists such as  Troye Sivan, Khalid, Bebe Rexha, Usher, and Dua Lipa—so you know he’ll bring the party to life at Exodus Festival.

Lil Jon is widely known as the lead frontman of multi-platinum selling rap group, Lil Jon & The East Side Boyz. He is also credited for his role in the emergence of the sub hip hop genre crunk, a more club and dance-oriented subgenre of Southern hip hop. As a famous Las Vegas DJ, Lil Jon has worked with Usher, Ludacris, DJ Snake, and more.

If you want to see Lil’ John at Exodus this year, make sure to come to get your tickets to our Memorial weekend festival!

Kygo is a DJ, music programmer, songwriter, and record producer. He became the fastest artist to reach 1 billion streams on Spotify, reaching 2 billion less than a year later.

We are truly honored to have world-renowned producers and Las Vegas DJ, Tiësto, grace our stages at Exodus Festival this year. He never fails to impress the crowds that come here for one thing and one thing only—to have a good time.

Over his career, Tiësto has worked with artists such as Post Malone, Nelly Furtado, Steve Aoki, Diplo, Tegan and Sara, and so many more! His mashup style of house music genres will turn any pool party or club night into an experience of a lifetime.

Illenium topped the Billboard Dance/Electronic Albums chart with his third album release in August 2019, and he shows no signs of slowing down. His music leans more towards the future bass, trap, and dubstep genres. He’s worked with other musical talents such as The Chainsmokers, Jon Bellion, Lennon Stella, Bahari, and so many more.

Illenium has been confirmed to perform at Exodus Festival’s Memorial weekend. Get your tickets to see this Las Vegas DJ perform before its too late!

Born in Sweden, Alesso now performs all over the world, including Las Vegas.

Alesso has worked with numerous artists within the industry including Tove Lo, Calvin Harris, Usher, Hailee Steinfeld, and David Guetta just to name a few. He’s renowned for his ability to utilize melodically rich vibes that contrast his graveled rave style. You won’t want to miss the next generation of Swedish music at Exodus Festival this year!

Diplo has worked on projects with artists such as Gwen Stefani, Britney Spears, Madonna, Shakira, Beyoncé, Justin Bieber, Snoop Dogg, and many, many others.

Steve Aoki is our next Las Vegas DJ to join our stages this 2020 season. He’s been named as the highest-grossing dance artist in North America just from his touring. He’s worked with a wide range of world-famous artists such as will.i.am, Afrojack, Iggy Azalea, blink-182, BTS, Backstreet Boys, Kid Cudi, and more.

If you want to see Steve Aoki perform, make sure you get your tickets to our Memorial weekend festival dates!

You’ll recognize this next Las Vegas DJ in an instant when he walks on stage wearing his signature white cylindrical mask with two Xs for eyes. Marshmello is best known for his songs “Silence”, “Friends”, “Wolves”, and “Happier”—which have all been certified multi-platinum singles in several countries around the world.

If you want to see Marshmello perform in Las Vegas, there’s no better way to than at Exodus Festival.

Voted America’s Best DJ twice, we’re excited to have Kaskade join our Summer 2020 lineup. He has worked with incredible musical talent such as deadmau5, CID, Galantis, and John Dahlbäck among others.

Kaskade is one of the resident DJs at the daytime pool parties hosted by Encore Beach Club—one of the many venues featured in this year’s Exodus Festival. Don’t miss this dance music legend in our 2020 Las Vegas DJ lineup.

The French-born Las Vegas DJ, David Guetta, is lovingly called the grandfather of EDM. In his extensive career, he has collaborated on projects with Tiësto, Kelly Rowland, Kid Cudi, Fergie, LMFAO, Rihanna, Flo Rida, Ne-Yo, and Akon among many more.

See one of your favorite Las Vegas DJs listed above? What are you waiting for? Get your tickets to Las Vegas’s hottest summer festival with some of the best DJ talents from around the world performing all weekend long.

Check out our four group trip packages to help you save BIG when you book your trip to Las Vegas! 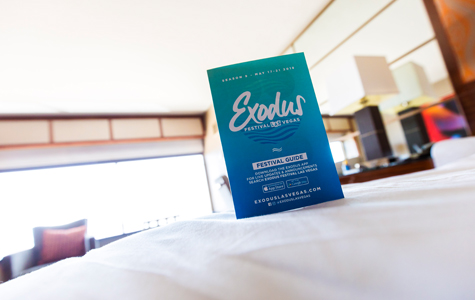 SAVE MORE WITH A HOTEL + TICKET PACKAGE 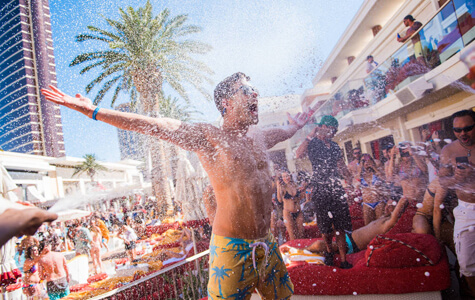 LIVE LIFE LIKE A VEGAS VIP WITH A VIP TABLE, CABANA OR DAY BED

LADIES HAVE MORE FUN IN VEGAS.
FOX PACK SPECIAL SAVE 25% ON A 4-PACK OF TICKETS 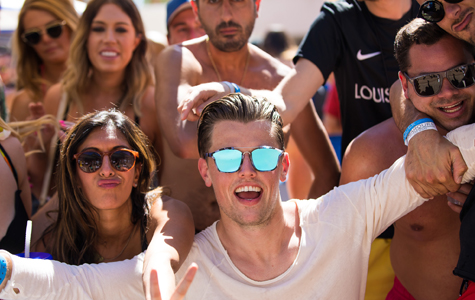 BOYS, ASSEMBLE THE WOLF PACK
SAVE 25% ON A 4-PACK OF TICKETS